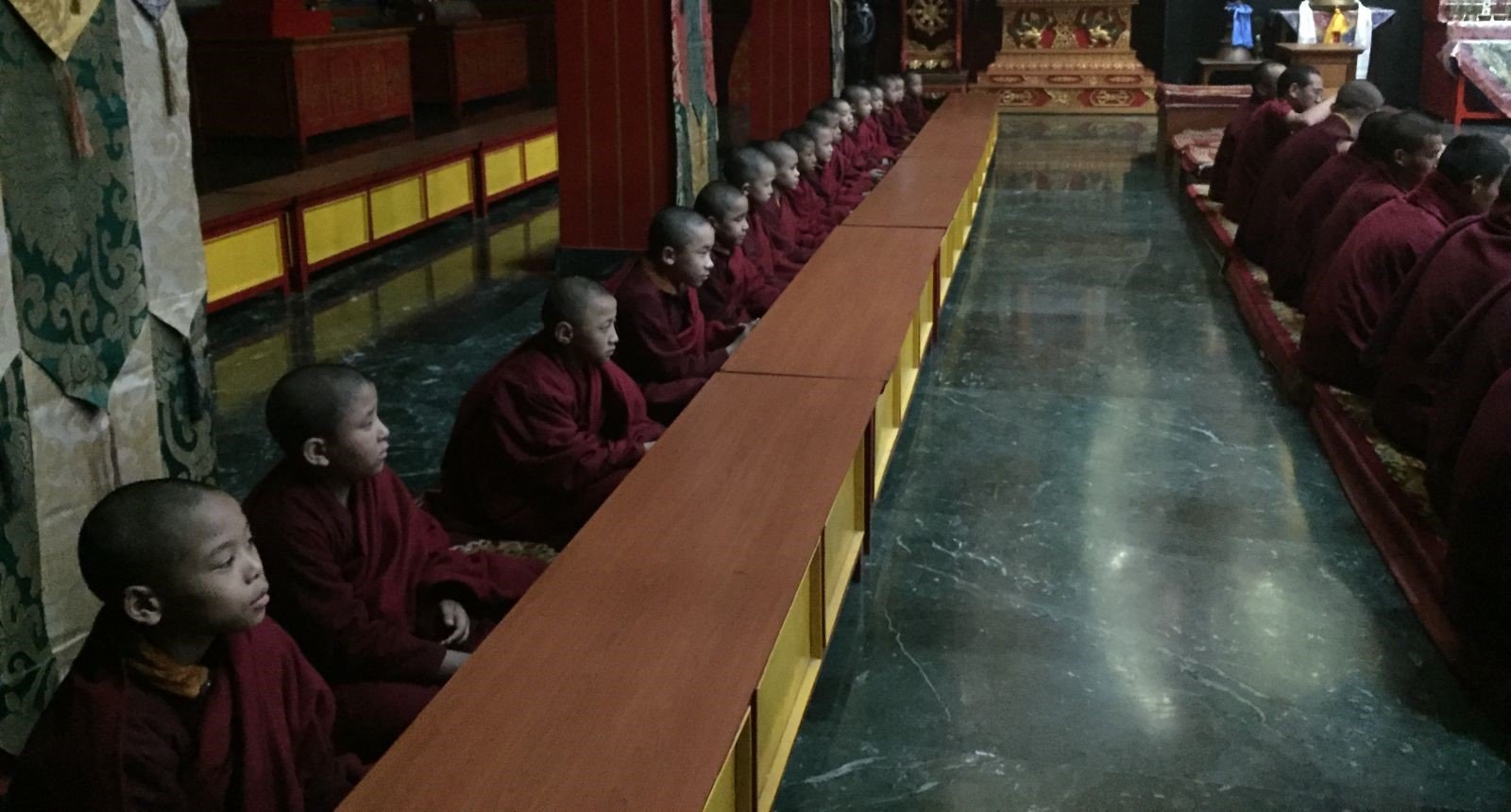 In mid-January, DENER’s volunteers went to our second stop in India -Varanasi Vajra Vidya Institute. This is a Buddhist institute located in the ThranguMonastery, which was created by KhenchenThrangu Rinpoche. There are nearly four hundred monks in the academy.

In the morning, we departed from Bodh Gaya. When our car was driving on the highway, we saw an old man riding a worn out bicycleup the hill on the opposite side of the street. Then there was a long row of cars coming our way due to the diversion on the road. And at the same time, you could also see puppies sleeping peacefully on a highway safety island. This is India, so it is not strange since everything is possible.

After more than six hours of driving, we finally arrived at the Vajra Vidya Institute.  After spending little timesorting out the stationery, we immediately went to the main hall. The institute was having their regular ritual ceremony andour body and mindsoon immersed in the solemn rhythm. After a short rest, we were invited by the teachers of the institute to have dinner with the students.

We first entered the dinning hall where we saw the elementary monks who were a little naughty whenwe came three years ago, now aredisciplined and polite. The newly-entered elementary school monks lined up one by one to enter the dinning hall for dinner. Although they were hungry, they still chanted the offerings before eating. After the meal, they gave their appreciation to the donors for their support.  We could feel the influence of education in a relaxed yet orderly way.

After dinner, the teacher summoned all the students to the main hall and they sat quietly in line to accept the stationery we brought from abroad. At the same time, a loud chanting sound of prayers was heard in the main hall. Through these prayers, our volunteer also felt a deep appreciation for the support and care of all those who have supported DENER Foundation from all cross of life.  We also hope that this sincere wish from the monastic students will bring love, peace and auspiciousness all around the world.