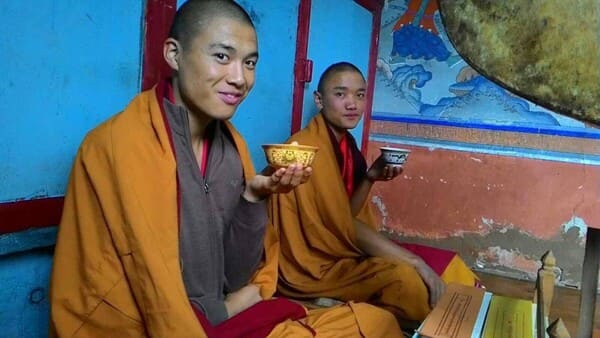 September 24th is Bhutan’s “Rain Festival.” This festival means that we would enter a drier and less rainy climate in the future, which is suitable for drying chili, vegetables and fruits to prepare food for winter. Therefore, the meritorious deity of Shepa Village near the Buddhist Academy specially invited the monks to come to their homes to chant sutras and pray for blessings. After following them to chant sutras, I realized the importance of religious belief to local believers and its vital function in calming people’s hearts.

I remember when I arrived at the Tara Buddhist College in Paro around noon on September 8. This is a male Buddhist academy; they were little monks whose average age were less than twenty years old. Two people live in a small wooden house with a small kitchen and bathroom. Except on Sunday when they would cook together in the large kitchen, all the other times they would prepare their meals by themselves. This is to cultivate their independent monastic character, and they just purchase one time all together. The college was extremely attentive to monks, to its environment, and all aspects of their lives, which indirectly improve the monk’s learning ability. 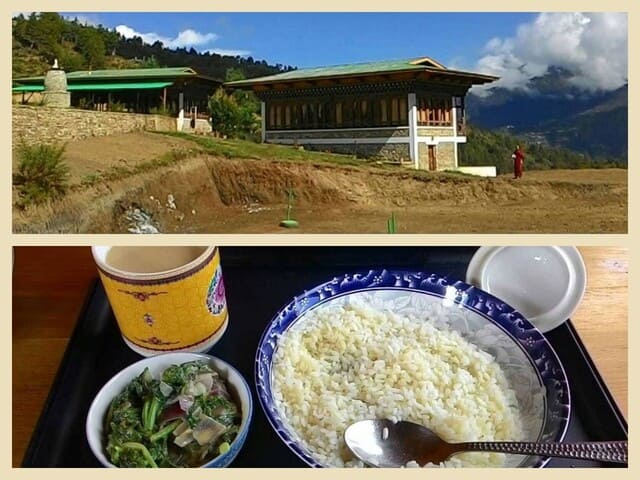 On the next day at noon, I started to give Chinese lessons to the little monks. Sherub Chhoeling Ani Shedra also selected nine Anis with excellent grades, to come join the class as well.  Since everyone already has a foundation in Chinese, they learn very swiftly and attentively. They had a good grasp of Chinese Pinyin and pronunciation.

Among them, the youngest monk was only eight years old. He always sat in the front

row and read out loud. He was very clever and had a strong learning ability.

In the evening, I would spend more than two hours correcting everyone’s notes, so I decided to teach them the practice of writing traditional Chinese characters.

When I was in the class the next day, I found that the eight-year-old little monk did not come.  I asked the older monk and knew that he had gone down to the elementary school yesterday.  He would only return to the temple when the school is off.

It suddenly dawned on me, because just yesterday afternoon when everyone was busy at the temple puja, the little monk ran to my room and asked me in English if I wanted to have an afternoon tea. The reason was that the monk who was taking care of my meal was busy greeting guests, and asked him to come ask me about it.

As the class time was up, I walked with him to the library where the class was held.

In front of the library, he wanted to speak and stopped. We were not very fluent in each other’s language. We tried our best, but we were not on the same page.

Suddenly, he was holding one hundred Bhutanese banknotes in both hands and wanted to give it to me. I didn’t understand it and told him no and thank you for your kindness. He held it very persistently and then handed it to me again. Then, I understood.  It turned out that he wanted to support me. When I saw it, I accepted it and gave it back to him again, and moved forward to hug him. Suddenly, he smiled brilliantly. 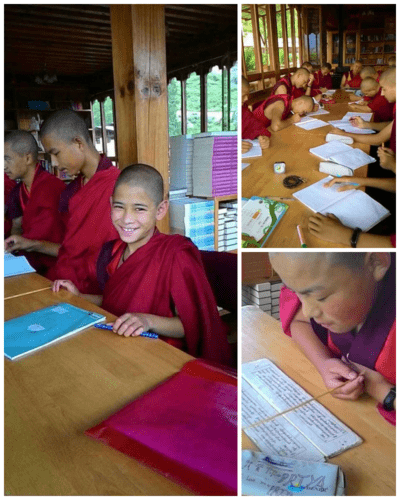 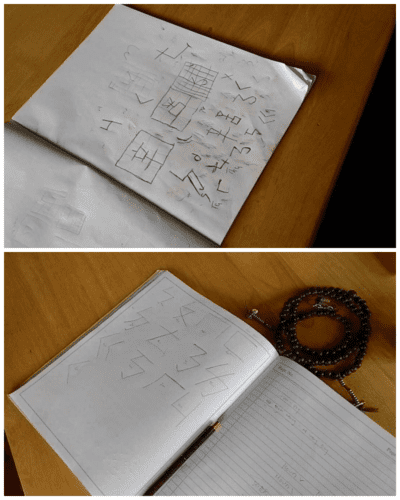 I remember once, I asked him did he liked Chinese? And he quickly answered me: “No, I don’t like it!” This answer was really unexpected to me. Nevertheless, when he was in class, he read the text out loud and wrote phonetic symbols and traditional characters with heart. He was just an eight-year-old little monk. Although he didn’t like it, he tried his best to learn and accept it. His learning attitude has taught me a lesson.

I think I would never forget him, the serious and innocent child who always look at me with a bright smile, answers all my questions, and always sit in the seat closest to me. I sincerely wish him that he would grow up to become a Buddhist monk and help lots of sentient beings.

“Rather than giving a fish, it is better to teach them how to get fish’’ One of DENER overseas education goals was to provide teachers the serving opportunities in schools and Buddhist institutes that are in need around the world. Therefore, we were eager to recruit more teachers and seed teachers interested in overseas rural education in Taiwan to participated and join us. We believed that this would not only benefit the school, but also broaden the horizons of the teachers and enrich their lives

Empty space is the largest space we would know, a big heart could hold the whole world. When the mind is large, the boundless world is within our hearts.

One person cared for a few people, everyone cared for a few people, and the caring heart becomes endless, and the world would be bright and warm everywhere. When our heart is purified, everyone becomes an endless lamp.  The lamp is endless, with this light of compassion and wisdom in our heart.  We could spread the lamp endlessly and our souls would no longer be exhausted. 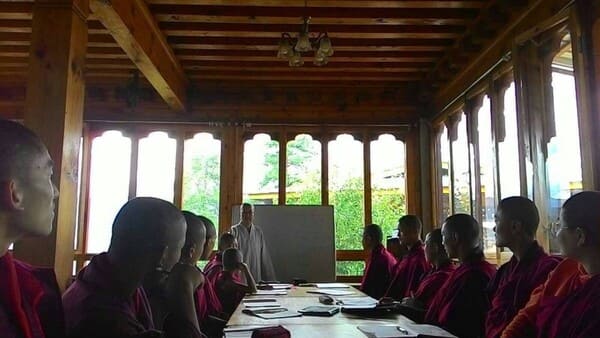