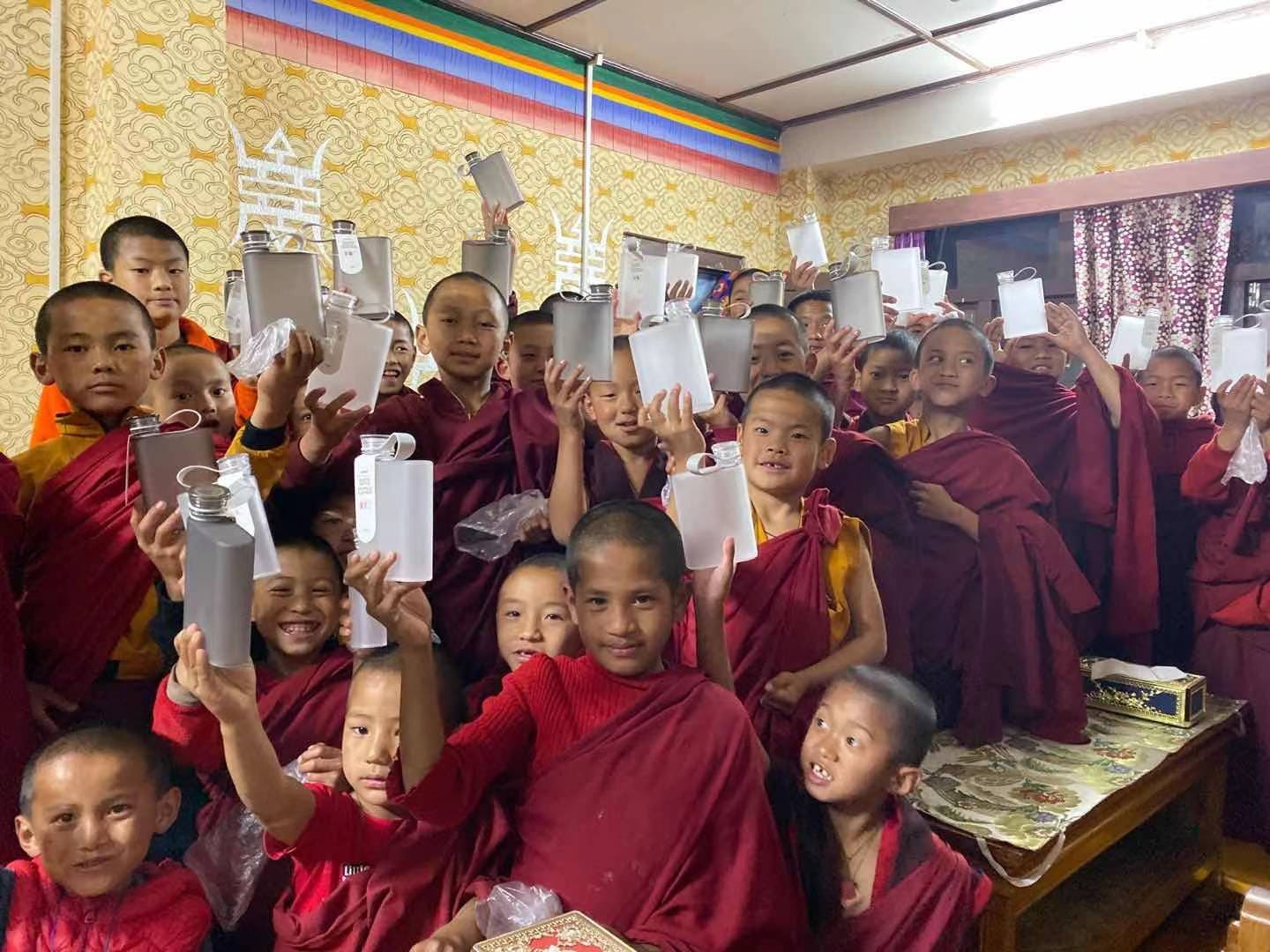 Hidden in the deep mountains of Punakha in Bhutan, Buddhist Institute Nalanda had a history of more than four hundred years. Once, Nagarjuna also stayed here for several years, so Bhutanese people regard it as the pure land of Manjushri.

Monastery often take on the important task of education for the region. DENER volunteer went to Nalanda in 2016, 2018 and 2019 respectively. Whenever the weather is clear, the vast field of vision could bring peace of mind when looking out from the Institute. 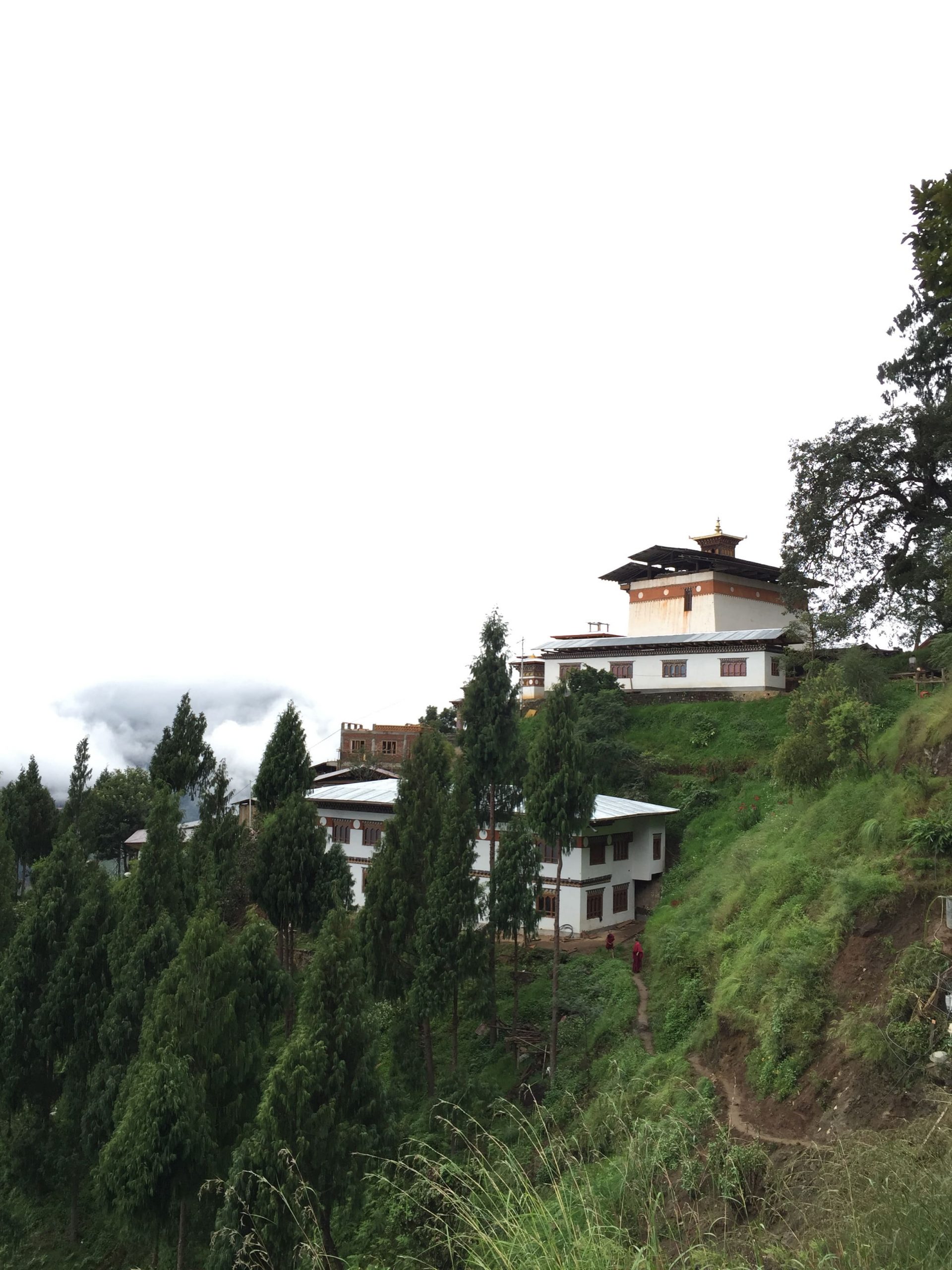 The living environment there is very simple. The Buddhist Institute is located in mountainous area, so it rains often due to its geographical location. The road to the Buddhist Institute was often full of mud due to heavy rain.  Sometimes, even the road was covered by dirt and rocks. The rainy climate not only caused traffic inconvenience, but also caused water leakage problem on the roof of the Institute. Under the epidemic, all the monks would help to repair the root themselves, from mixing mud to repairing all completed by Buddhist monks. Even though they are in a remote area, with insufficient resources, they still work hard to unite and learn to coexistence with nature. 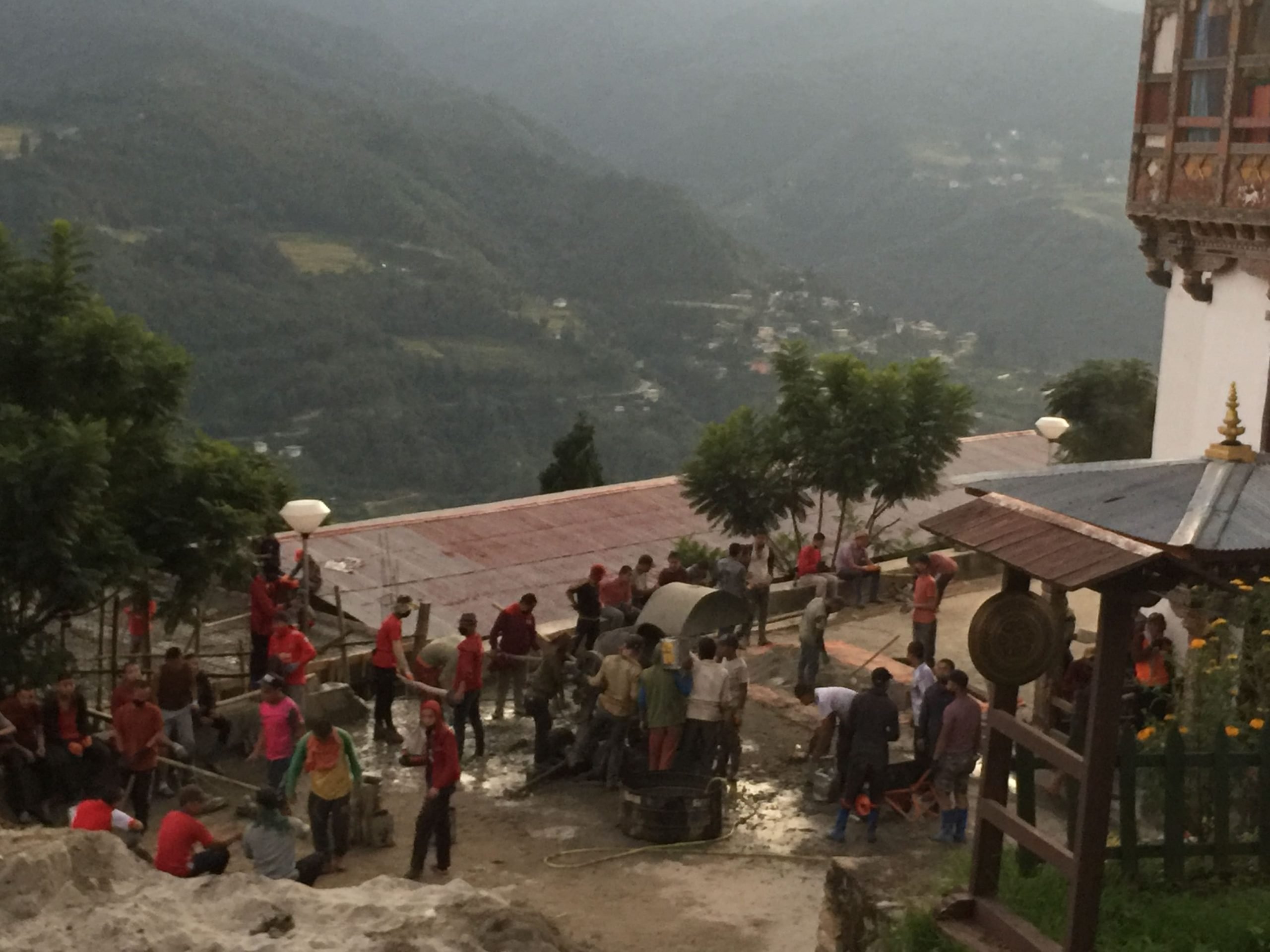 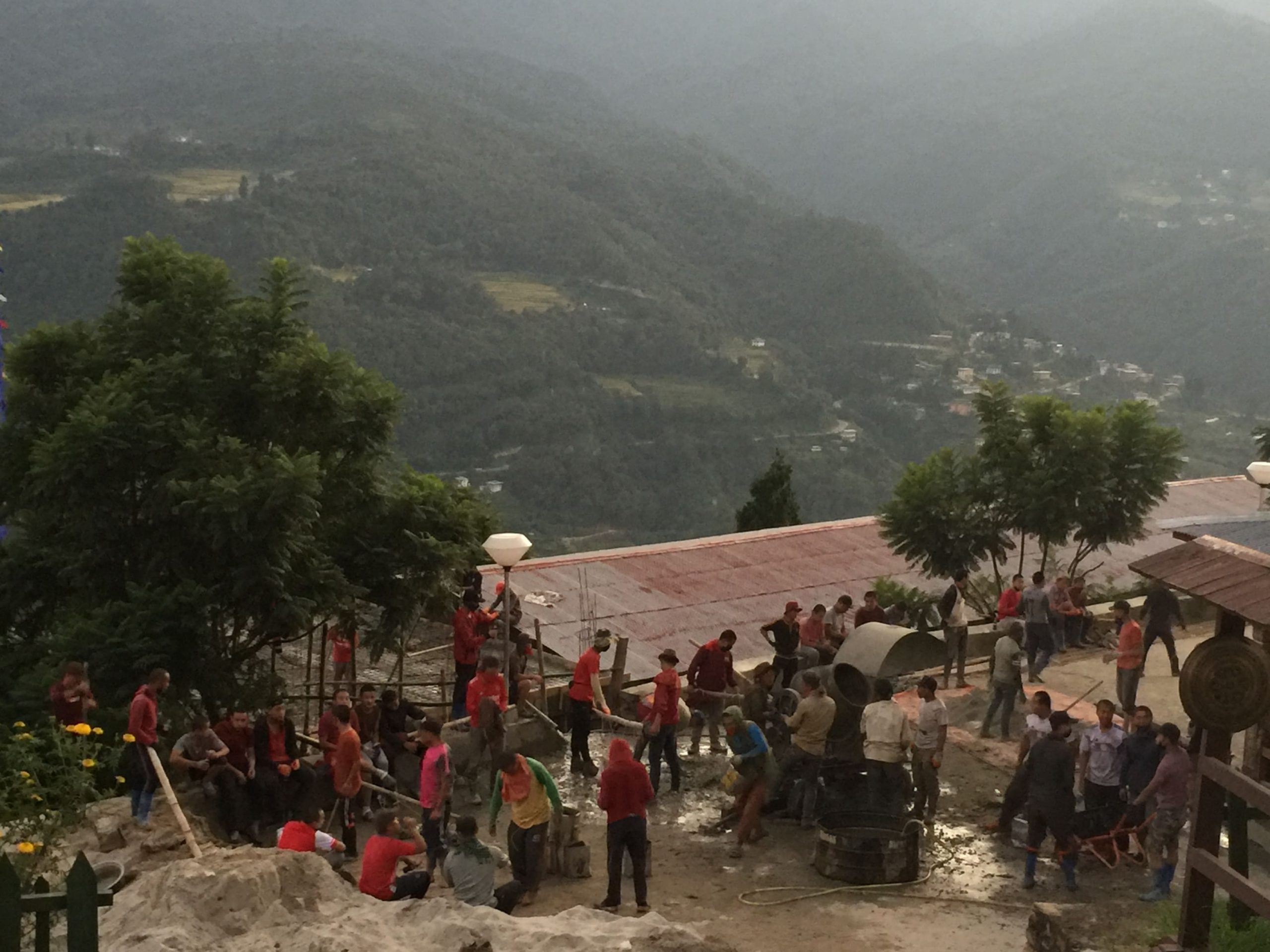 Currently, there are 150 monks in this institute.  Usually the monks attend classes in a narrow classroom, and due to space limit, the monks could only sit on the ground shoulder by shoulder to learn. The teacher used a small whiteboard in front of the classroom, and all the important points were squeezed on it.

Among them, there are 35 younger elementary monks who had to walk 2 kilometers every day to the public school to study language, mathematics and other subjects with other students. After their last class, they would then walked back to the Buddhist Institute. It’s hard for us to imagine such a difficult daily journey to school. 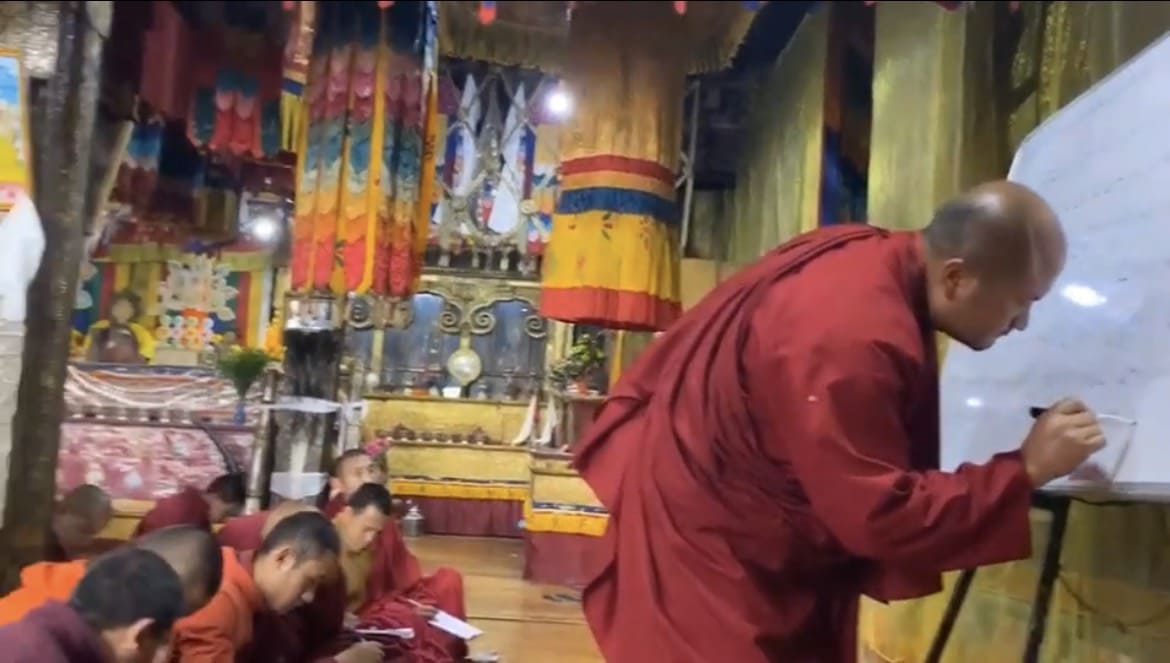 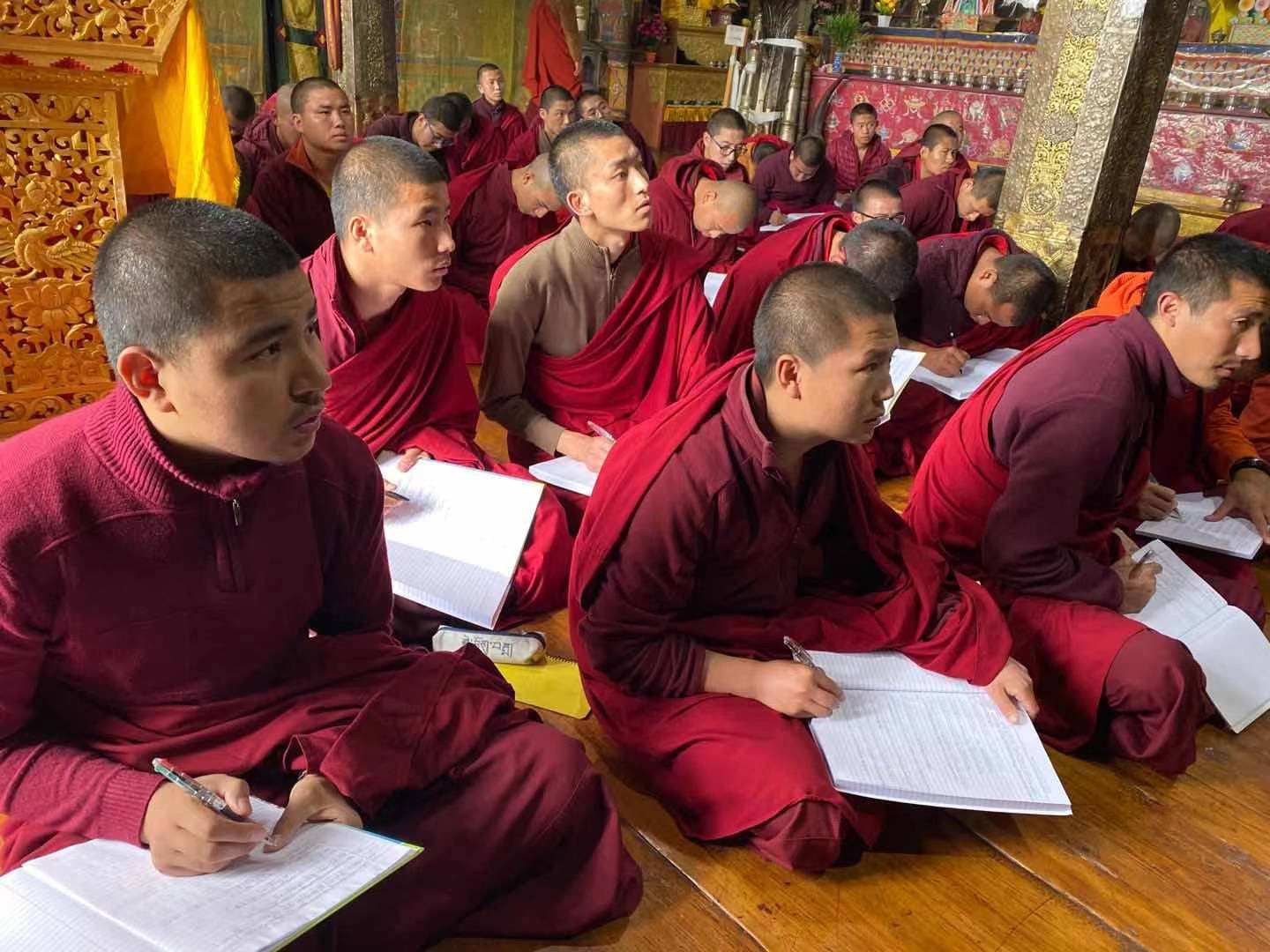 We asked the teachers of the institute to buy stationary and daily necessities such as notebooks, water bottles and umbrellas for the monks on our behalf.  We hope to continue to give them some material help during this difficult time. Thank to our friends and kind donors who had been silently supporting us. We hope that the world would soon get back on track and we could personally deliver the resources to the students.