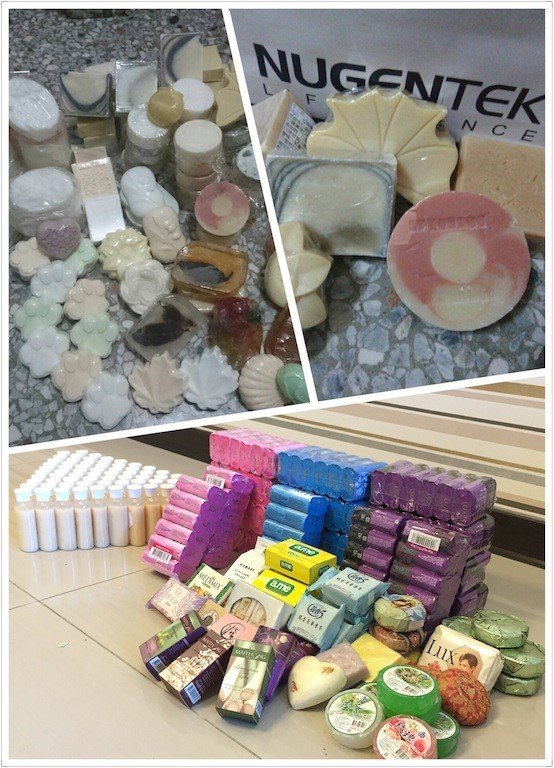 Bihar was the poorest province in India, where nearly half of the people live in slums. Many children had been begging for a living from an early age. For many of them, attending class was something they never thought of, because even the most basic necessity was a problem. In such a dusty place, water and electricity are insufficient, living and sanitary conditions are very hard. 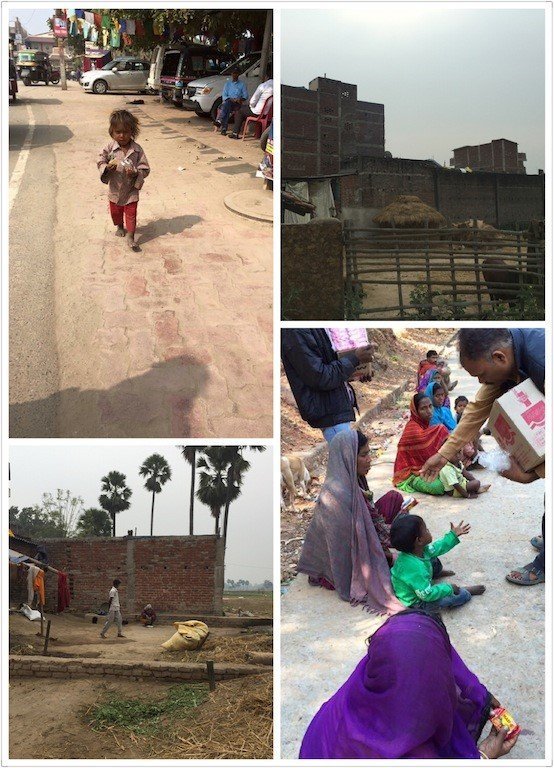 Previously when we came to India, we all experienced some difficulties, including frequent cold and sometimes diarrhea. Knowing that most people were still used to eating with their hands, we cannot help but worried about the health of children. So, this time, we want to go to the school and teach the children the importance of washing hands. Friends of DENER were very supportive of this project. Many people brought us extra soap from their home, and some people brought their own handmade soaps with different shapes. Others put hand sanitizer in a small jar, which was not only convenient for the volunteers but also convenient for children. In early February, we took these supplies to Bihar, India.

This is a “five-step handwashing” card for kids to learn. The steps for washing hands were taken apart, and we hope to show them in the most simple and easiest ways for children to understand. 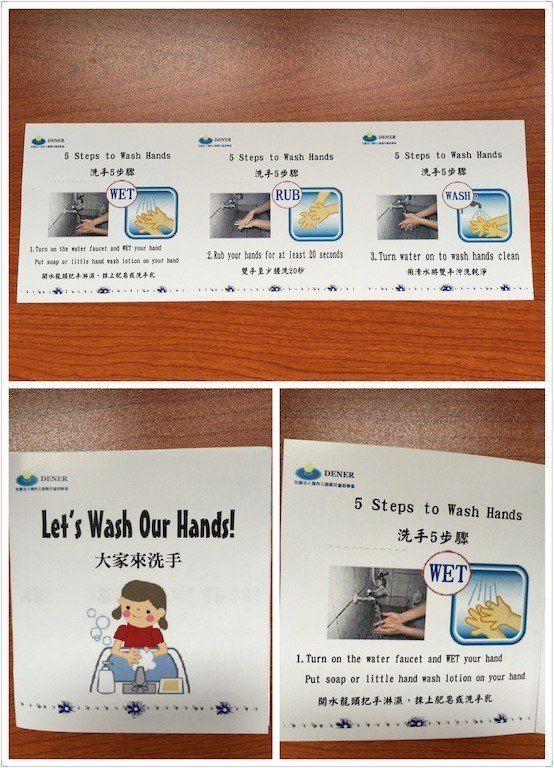 In February, we came to Sujata Charity School in Bihar, India. The founder, Mr. Islam Ansari, was from Sugata. He was a doctor and previously served in a hospital in Delhi.

Mr. Ansari knew that there were too many poor children at his hometown.  He knew that if these children fail to receive a good education, they will never be able to change their lives and destiny. Because of this belief, he returned to his hometown and founded a school to give shelter to these children. The school building here was very shabby and looks dark because there was no electricity. The classroom was small, and the students were sitting on the bench in a row looking crowded. Although the place was simple, it was the only haven for these children. 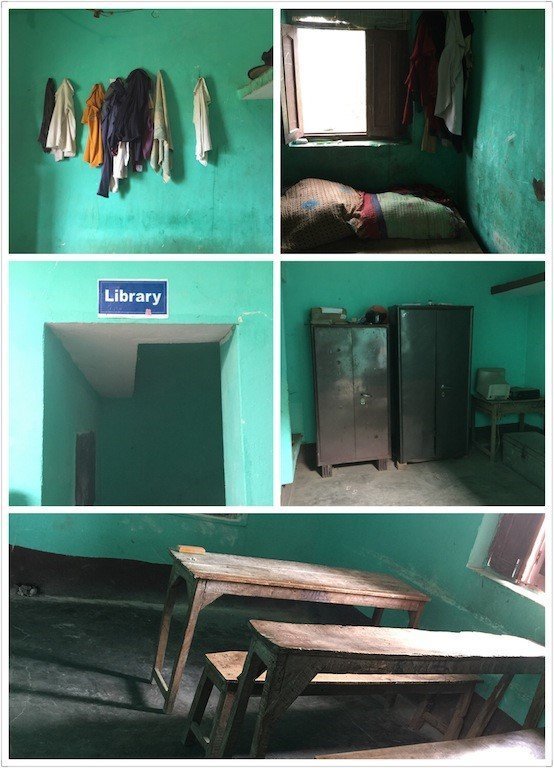 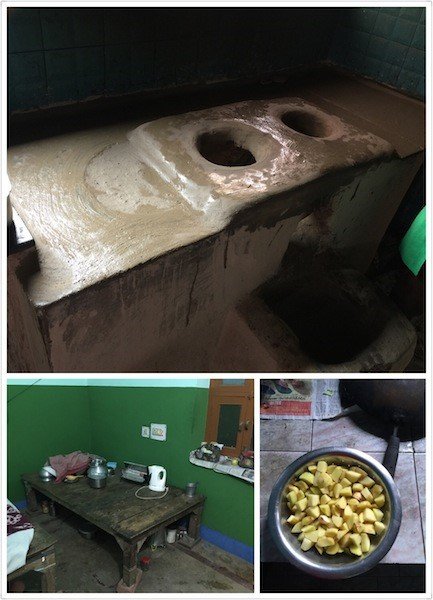 Entering the classroom where the students were, Mr. Ansari introduced us to the students first and they were very happy to see us. We also distributed the handmade soap and hand sanitizer brought from Taiwan to the students one by one. 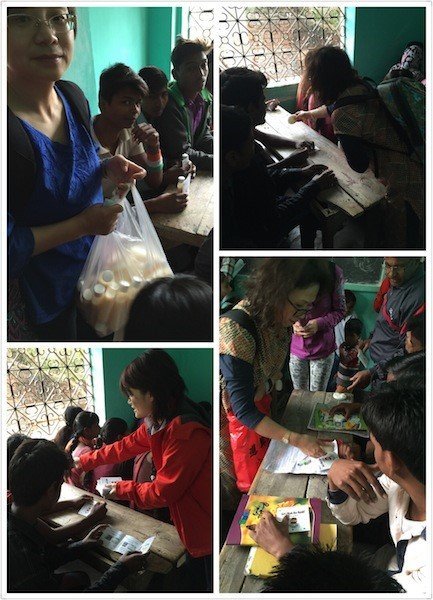 Next, we explain to students the importance of washing hand frequently and why it can effectively prevent various diseases that we cannot see with our eyes. Because we all eat with our hands, touch our faces and eyes, the bacteria were likely to enter our body unknowingly. Washing our hands frequently was an effective prevention and a good habit to cultivate. We should wash our hands as often as possible to maintain our own hygiene and health, as to reduce the incidence of disease. 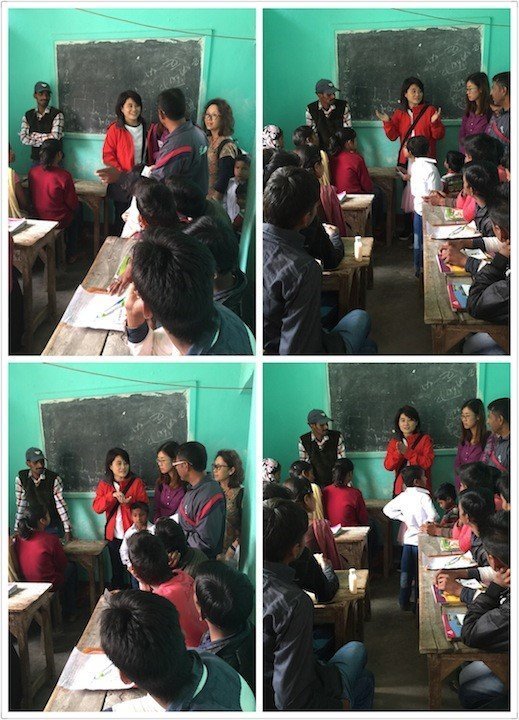 Demonstrate how to use a small bottle of hand sanitizer.

Use the small card and explain to them the five steps of hand washing. The students listened attentively to us. 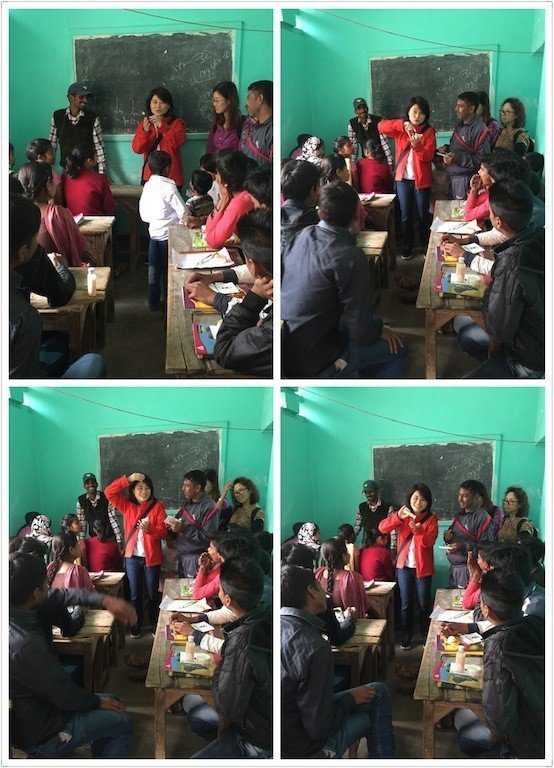 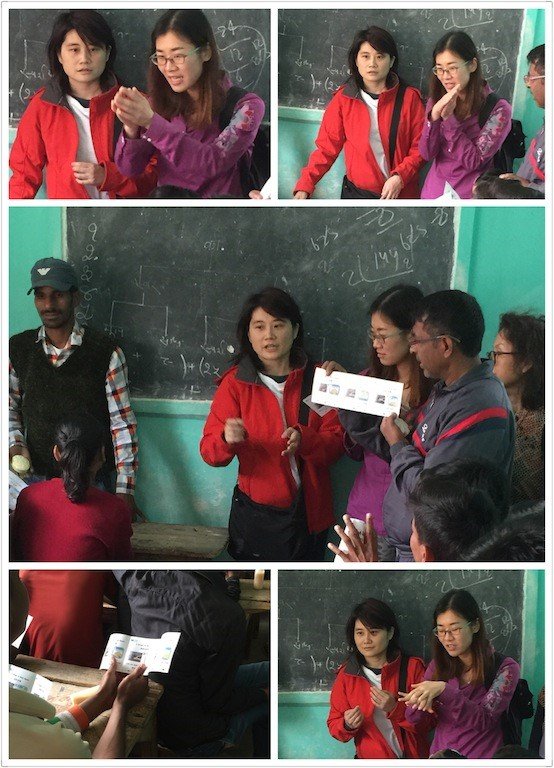 This time we also brought DENER stationery to these children. Because they had never seen a mechanical pencil before, our volunteer carefully demonstrated to them the correct use of mechanical pencils.

We also explained our intention for giving mechanical pencils. Mechanical pencil can be used for a long time and repeatedly, as long as the students can keep the mechanical pencil well, when the pencil leads ran out, the pen need not be discarded, we just need to add another pencil lead and it can be reused. DENER hope that this will allow every child to understand and cherished our environment. 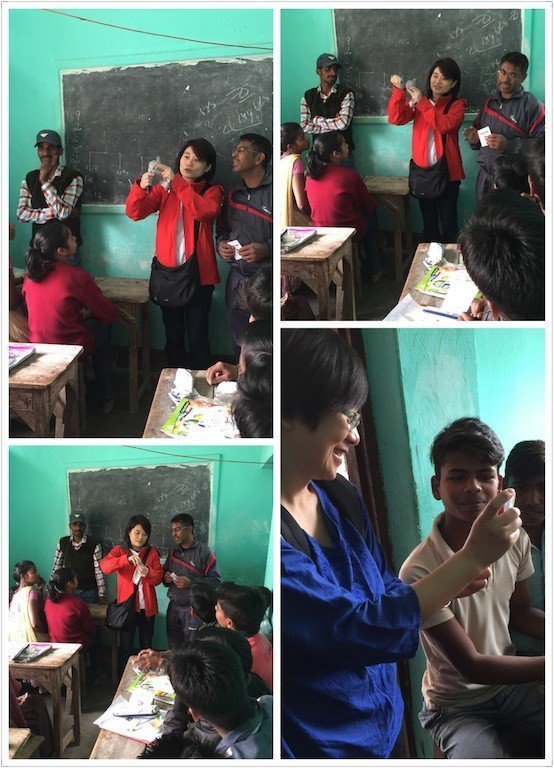 Although some of our volunteers were not professional teachers and may be limited in promoting hand wash methods, we still bring the kindness and care of many kind-hearted people from Taiwan to children in remote areas.  We hope the children could raise their emphasis on health care through the use of these soaps and hand sanitizers. It may be difficult to change the external environment, but we hope that this group of children can start from themselves and maintain a good habit of washing hands. When they are physically and mentally healthy, they will be able to study well and gradually become a good example for others around them. 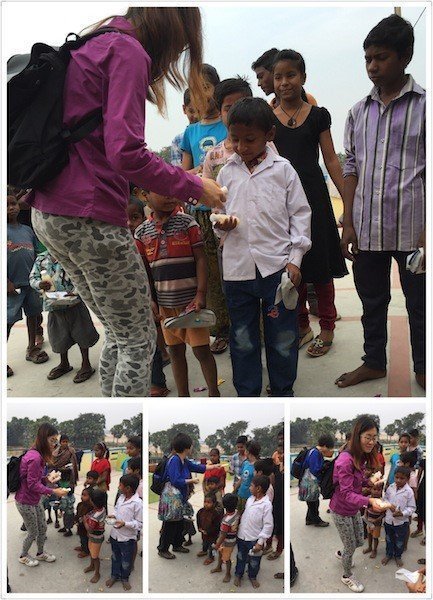