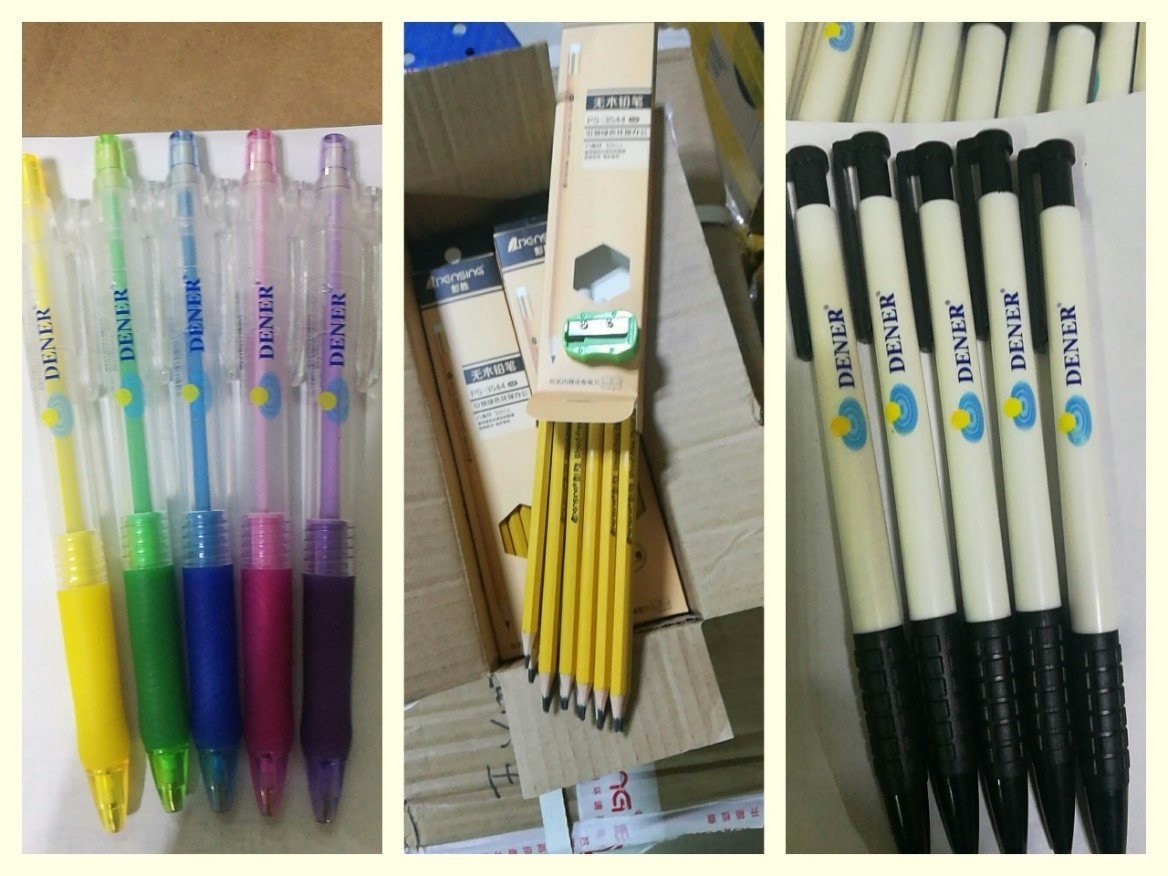 This year in March, our stationery program has started as usual. The annual stationery program is a very important project for DENER. Before school starts in fall, stationery will be given to children in Taiwan and in remote mountains abroad. We hope that children will receive the stationery from DENER before new semester begins. This year marks the eighth year of the stationary program. As in the previous years, it is carried out separately in various places. Our team in Shanghai is responsible for raising the funds for schools in China; while in Taiwan, we are responsible for schools in Taiwan and overseas such as Nepal, Bhutan, India and Africa.

This year we made a little change in the selection of stationery. We expect that students will be surprised when they receive stationery. In the case of mechanical pencils, we only had yellow color in the previous years. This year we had added an additional five colors. Some schools had also suggested that they need pencils, so this year we also added environmentally friendly pencils. In addition, there are ballpoint pens for senior students.

This year’s colorful mechanical pencils, our volunteers also like it very much. There were also newly purchased non-toxic, environmentally friendly pencils and ballpen.

Same as last year’s approach, this year we donated colored pen holders to elementary school students in remote mountain in China. In Taiwan, DENER Children Foundation has added SIMBALION 12-color pencils to the stationery for children in Bhutan, India and Nepal. In order to allow remote children to draw, we work hard to find the right colored pencils throughout Taiwan for many years. This time, with our friend’s help, DENER were able to cooperate with SIMBALION stationery. The product from SIMBALION had always been based on non-toxic, environmentally and safety.  This is also in line with our philosophy when ordering stationery. After knowing the original intention and purpose of DENER stationery aid program, SIMBALION stationery provided us with preferential prices and good services. We very much appreciated their support and look forward to a better cooperation in the future. 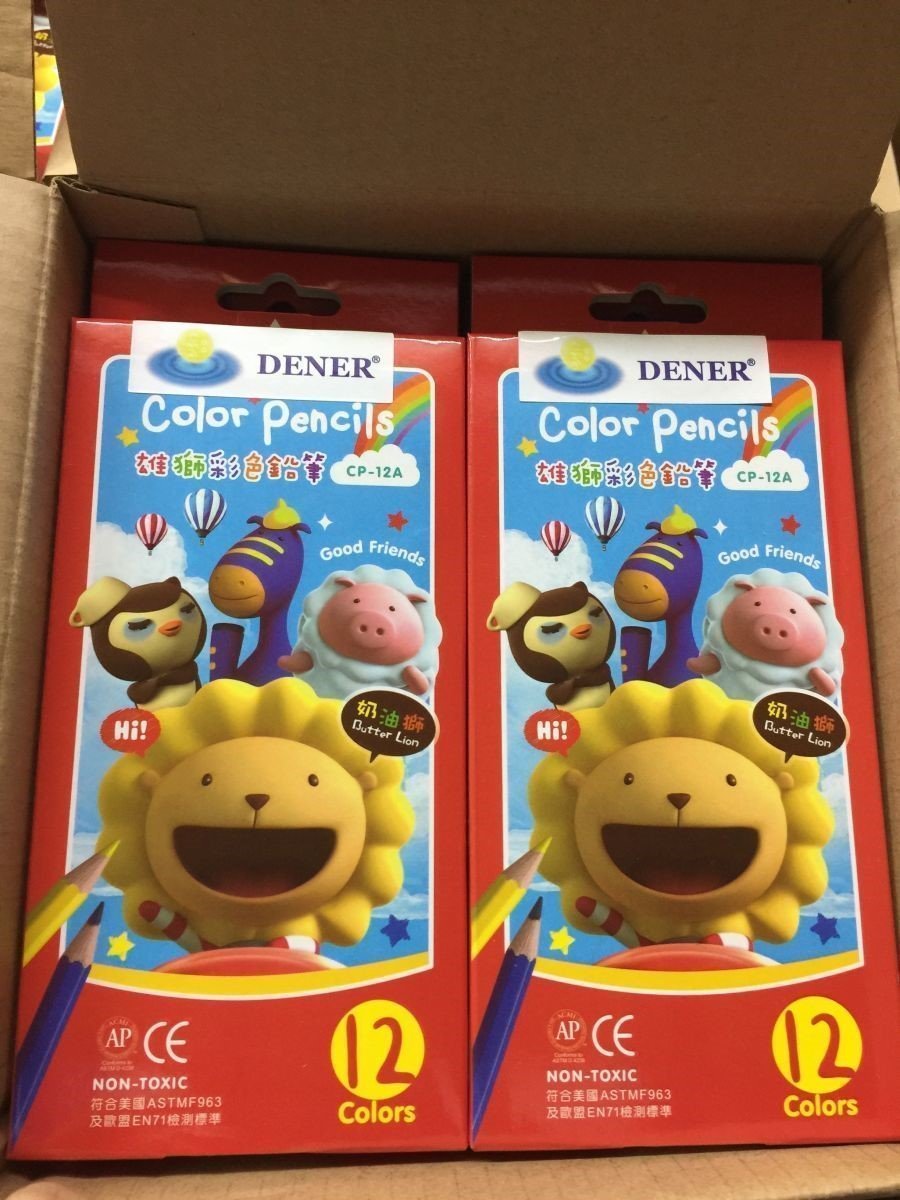 In addition, the lightweight schoolbag designed by DENER last year will continue to be distributed to Buddhist students this year, and will be extended to other Buddhist schools in other rural areas. In each schoolbag, there is still a whole set of stationery set, including: pencil case, mechanical pencil, refill, eraser and ball pen. 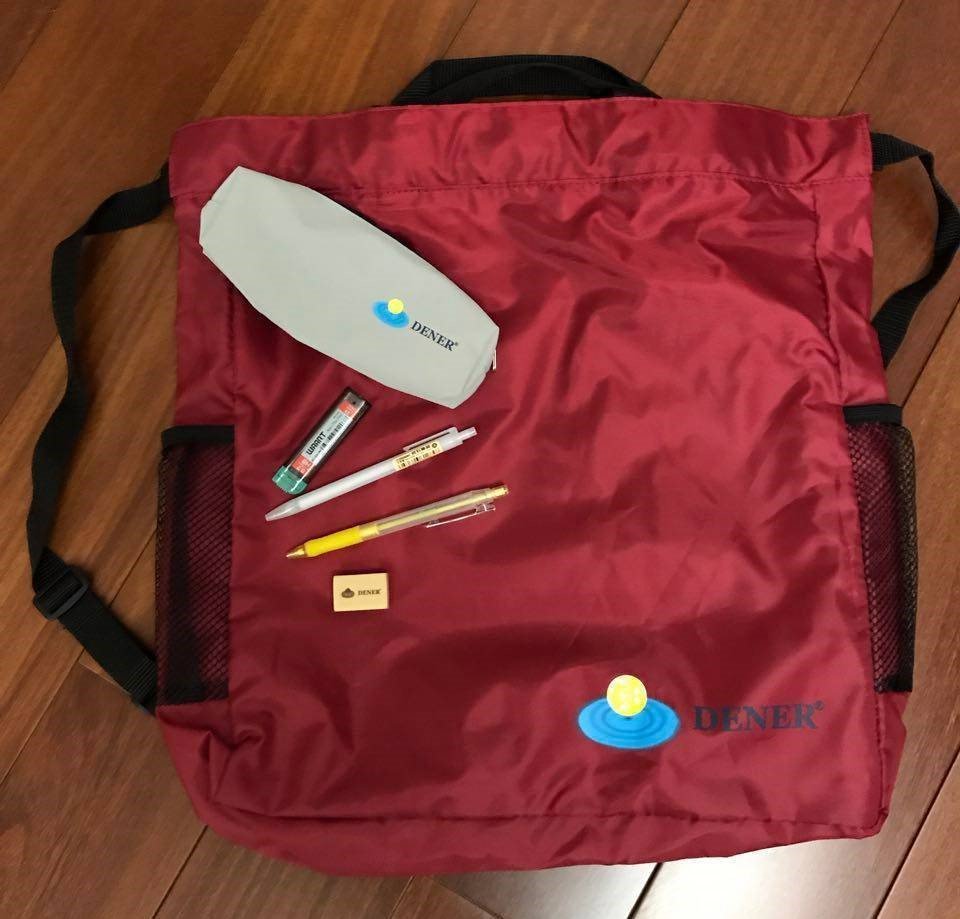 We would like to thank all our manufacturers who cooperate with us. They carefully completed all the processes, reconfirmed the details and delivered on time. They also helped with labeling and shipping of the boxes for us. Due to the numbers of schools in China and the increasing number of stationeries we ordered each year, manufacturers had offered to help us with all the shipment details to each school. The manufacturers carefully helped us to calculate, pack and then took these shipments to the post office.

Volunteers in Shanghai carefully list the stationery quantity and consignee information of each school and put it on each box for the school to identify and sign.

Volunteers in Ganzi, Sichuan, are busy packing school bags and stationery, prepared to take them to Sichuan remote Buddhist Academy. 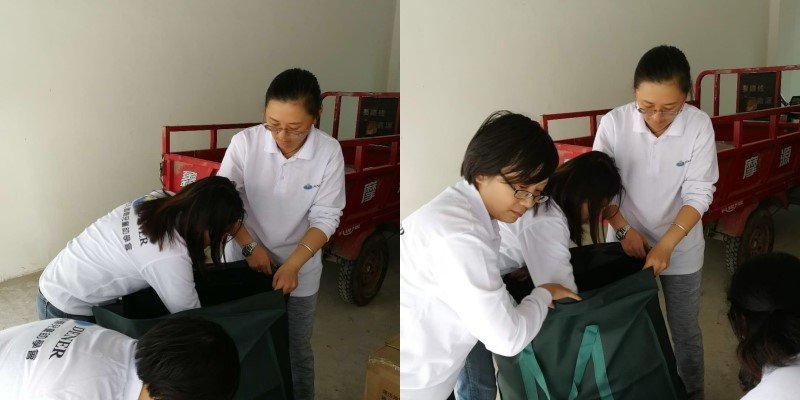 Boxes of stationery and school bags were completely packed and sealed. 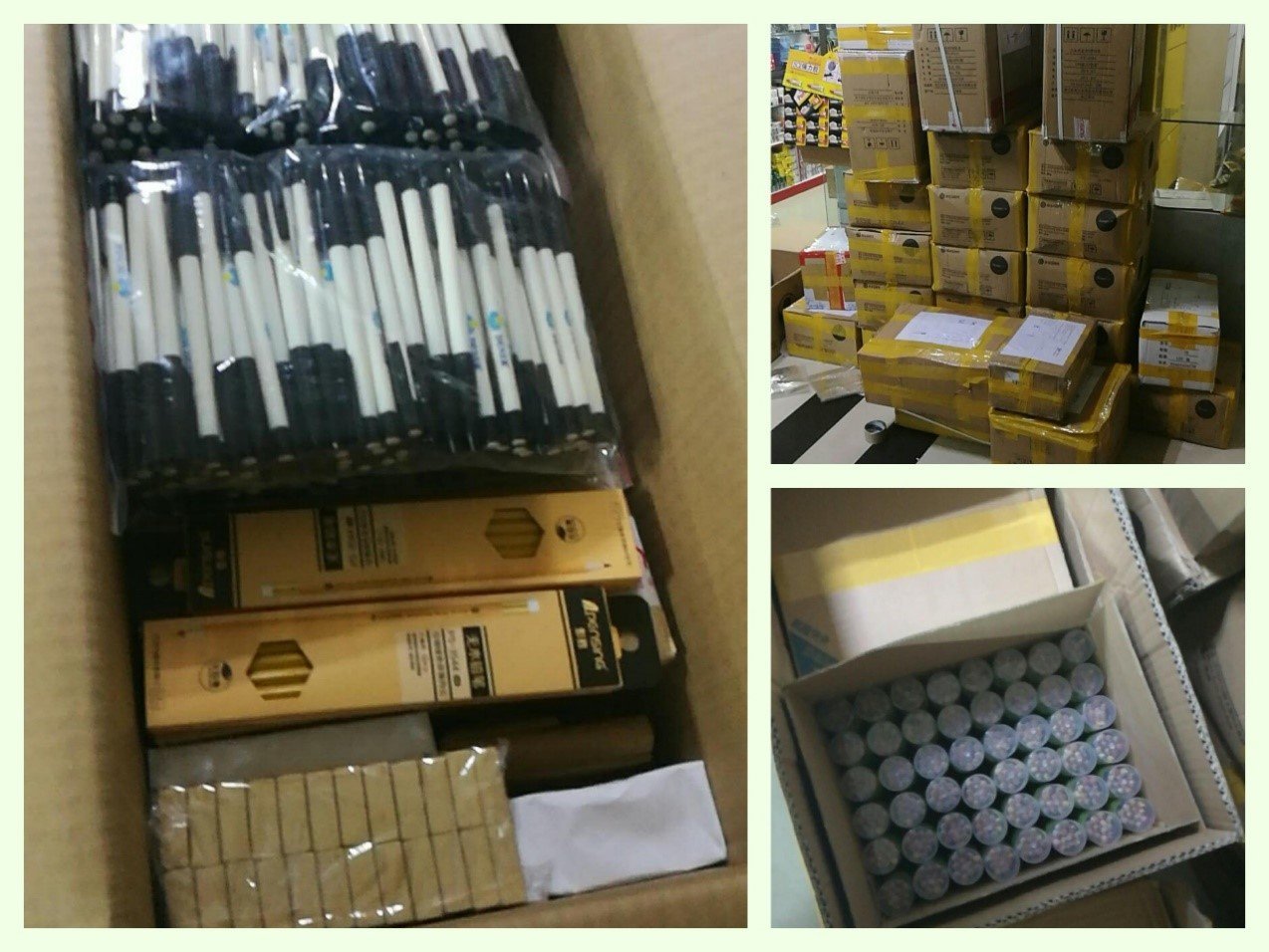 Each box was numbered, ready to be shipped to schools everywhere 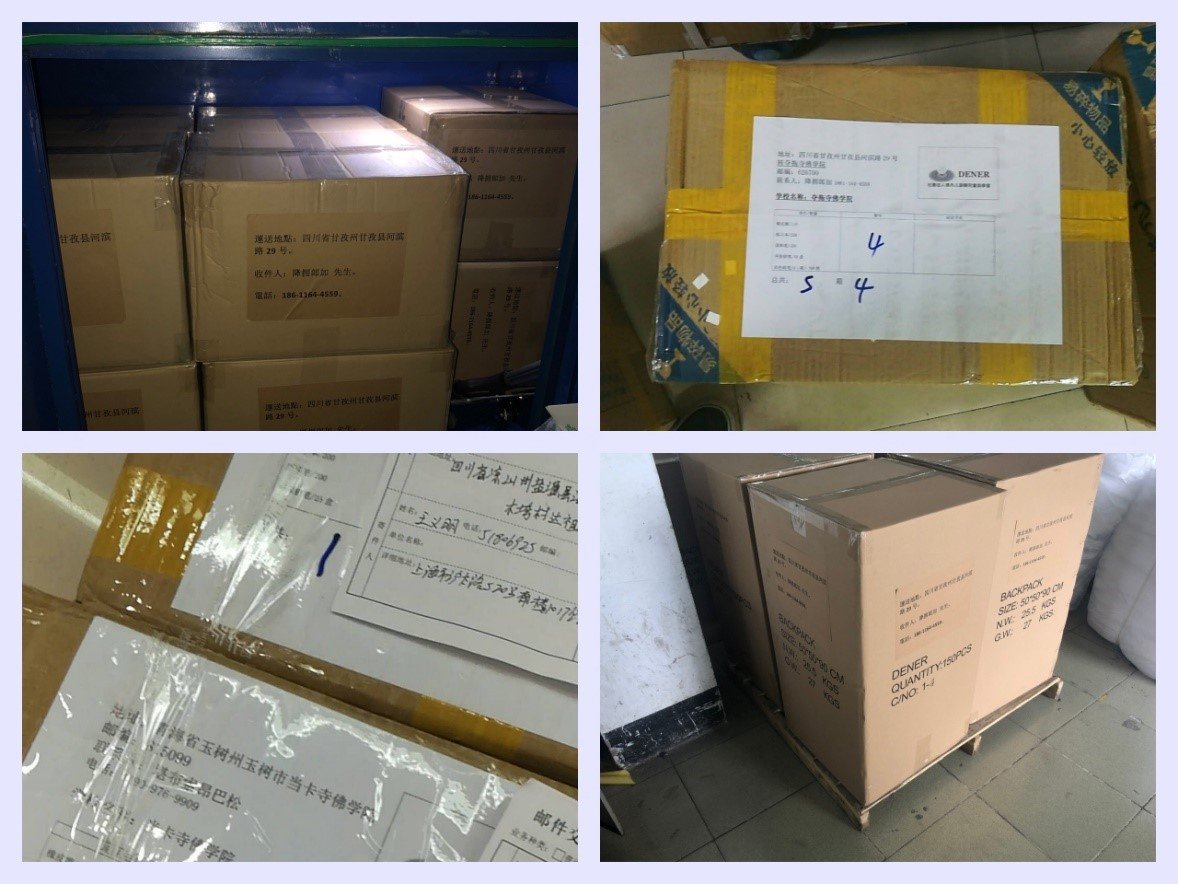 The volunteers in Shanghai are very careful to provide all the school’s receipt information to the supplier for printing as the wheat head of the box. Each box is completely packaged and sealed. 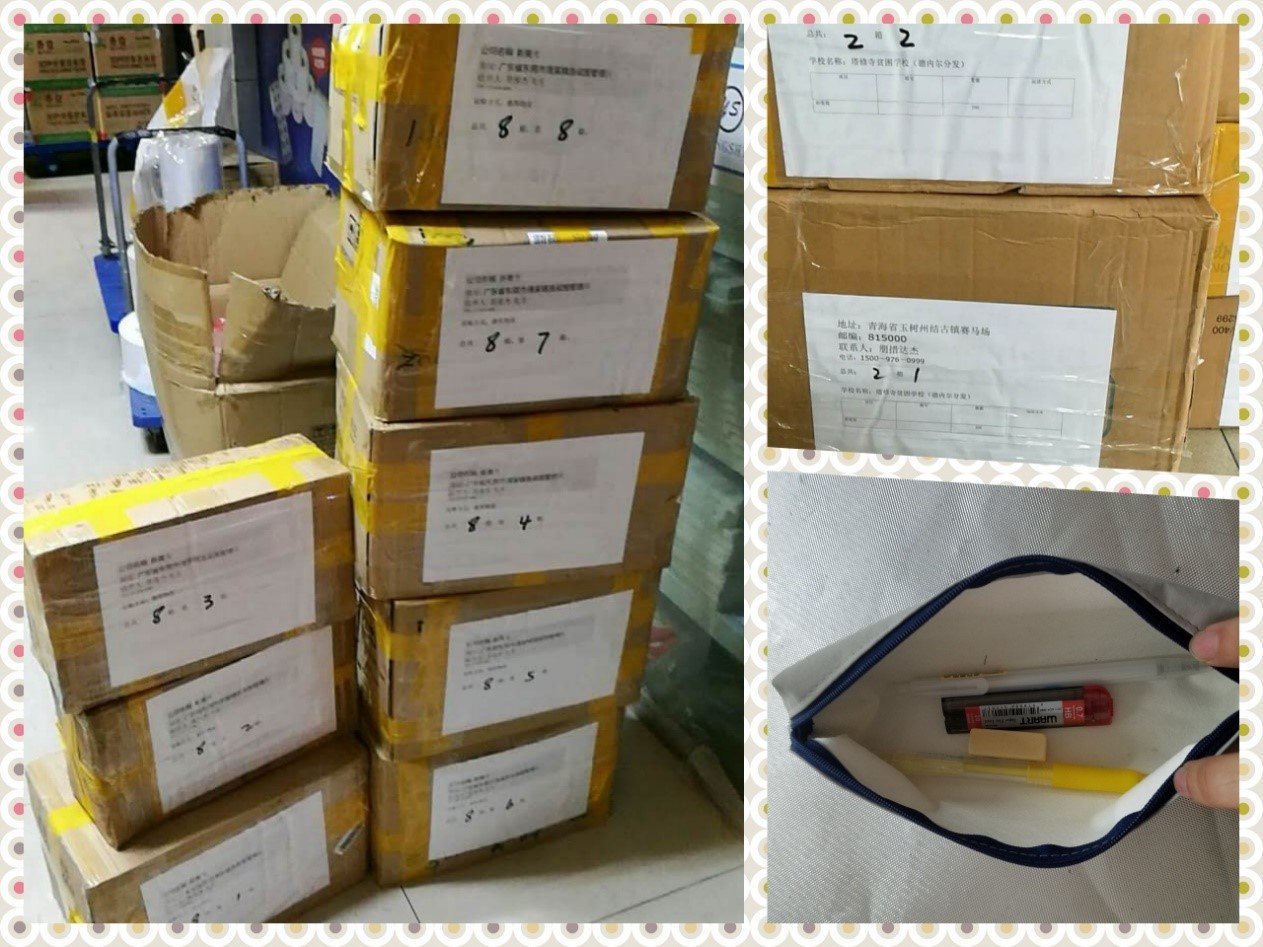 Last Sunday August 12th, DENER’s volunteers came to the factory in Wanhua District Graphic Technology company to label the newly-added SIMBALION colored pencils with the sticker “DENER”. The volunteers stick the labels carefully and put them into the pencil case. Everyone working together to organize, label, box and pack. 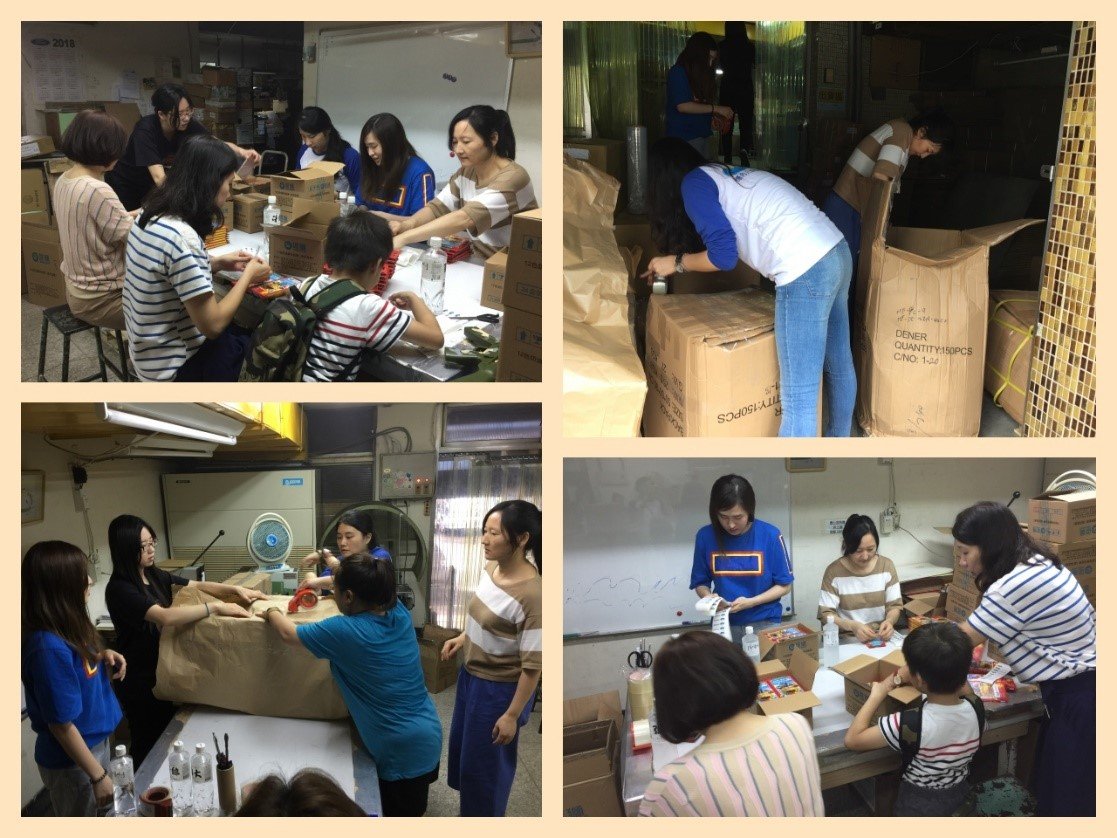 In order to avoid material damage during transportation, volunteers also repacked boxes and wrapped them with industrial plastic wrap for reinforcement. These are to be shipped to Bhutan, Nepal and India’s rural areas.  They include school bags, stationery and English books. 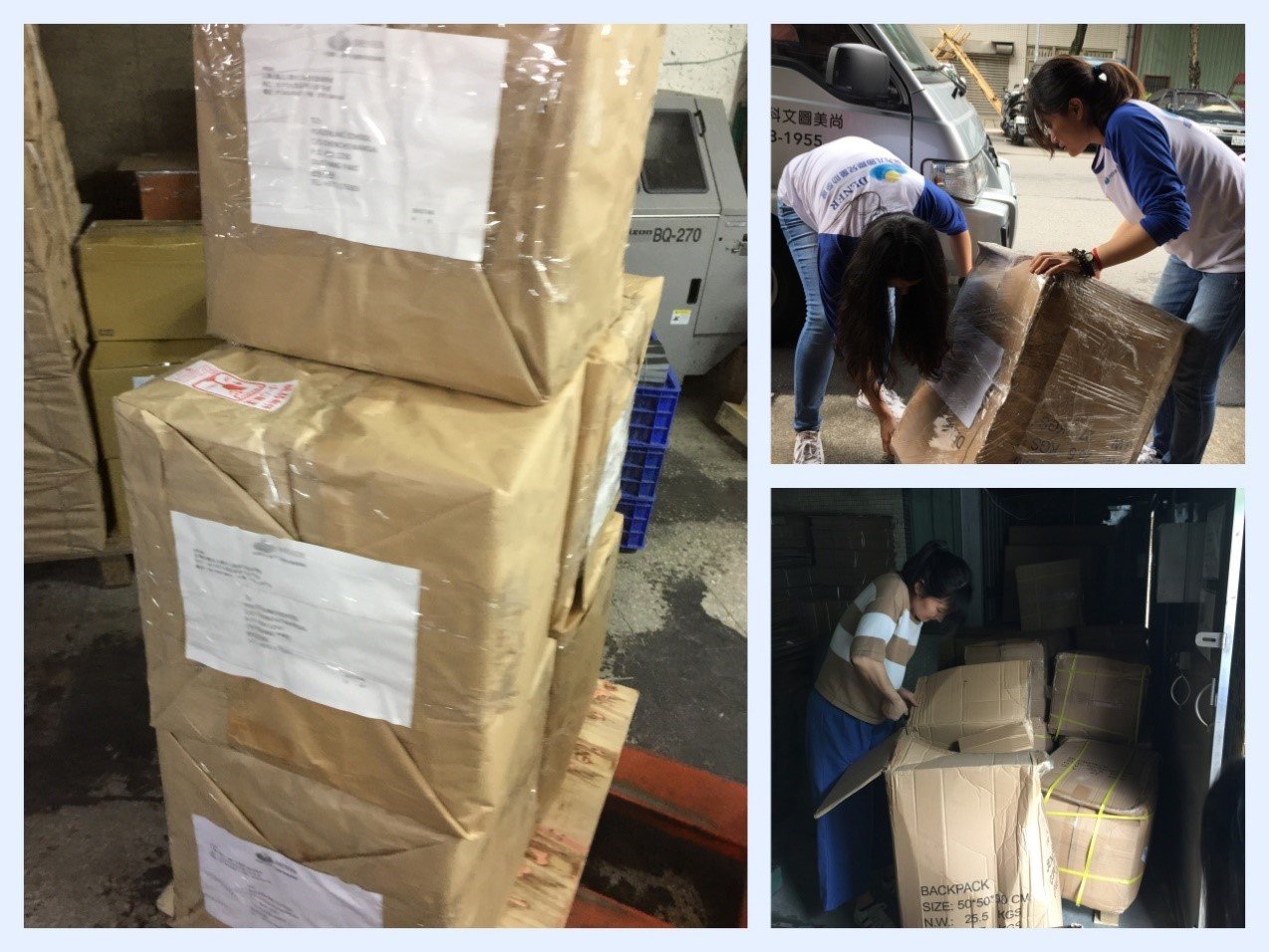 We also appreciated Huajiang Bridge Post Office in Wanhua District, Taipei for their great assistance. The post office sent trucks back and forth to load goods and arranges personnel in the office to take turns handling our supplies.The brothers and sisters at the post office not only helped us to weigh, input, and handle each item one by one, but also carefully packed and tied each box.

Organizing such a stationery aid project every year requires a lot of rigorous links such as planning, communication, ordering, production, packing, and shipping.Just like a chain, it is produced by simple iron rings interlocking each other.  As we think about how many visible and invisible helpers there was and that our “pen” would pass through how many hands in order to reach the children in rural areas around the world.

With that, our heart always feels infinitely grateful. Over the years, even though we have encountered many difficulties through the implementation, we had always believed that the power of kindness will be spread. Because of the many kind people’s effort together, so the remote students could keep learning.  We also believe that after some time, the love and blessings we sent to them in the first place will continue through different forms in the future.