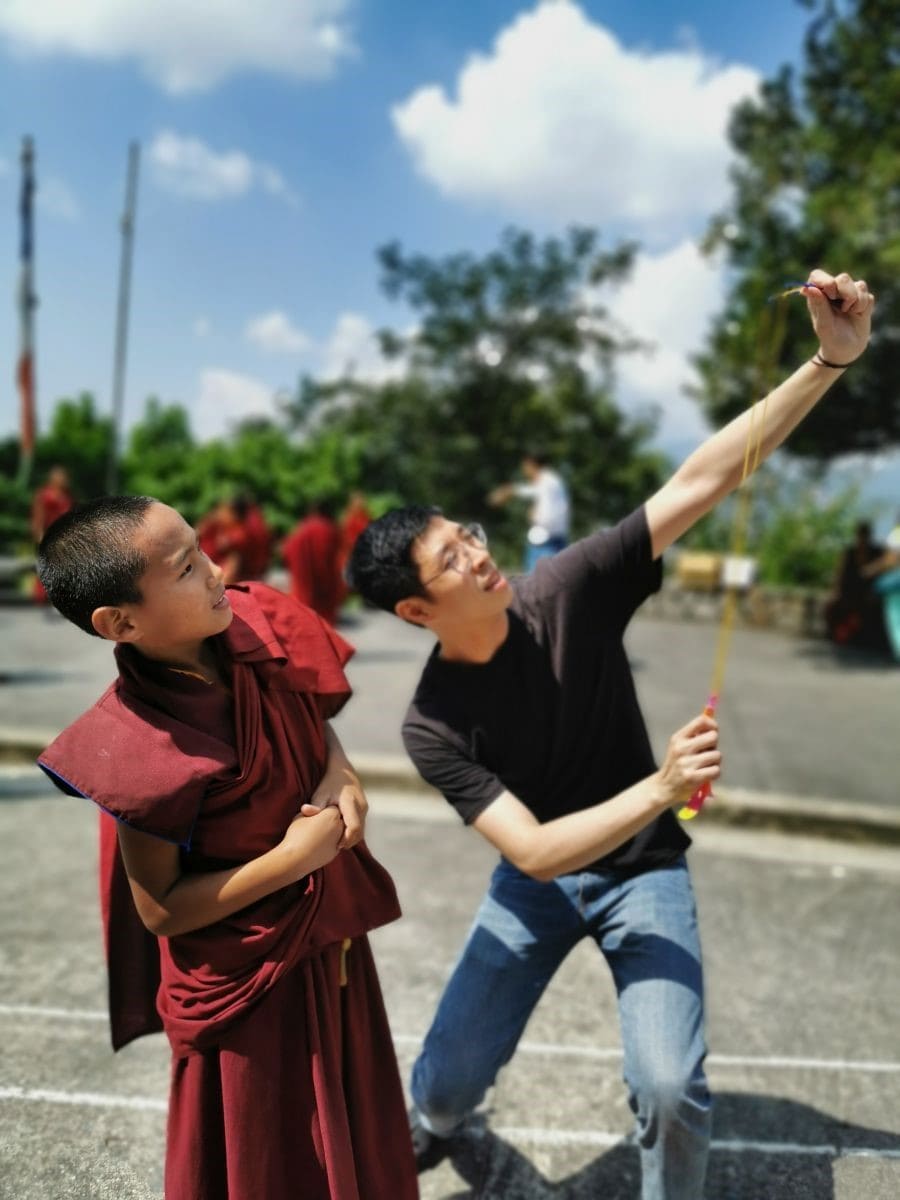 The trip in Nepal, unexpectedly, ended faster than I thought. I felt that I just integrate into the local culture and society, and then I realized that the journey was nearing to the end and I was ready to go home. This was an unforgettable experience for me during this trip. The trip gave me a completely different experience as I became more involved in Nepal and more integrated into the pace and culture of local life.

The experience was different every day. In addition to walking into the spectacular buildings of different temples, the interaction with local children and little monks impressed to me. I don’t speak Nepali, and they don’t speak Chinese. But during every exchange, we could both use few English vocabulary with each other to communicate smoothly without any barriers. Whether it’s when I organize a team to play basketball or teach little monks how to make origami and play bamboo dragonflies, freely exchange was the norm. It was the sincerity and curiosity in the children’s eyes. It seems that they want to explore these activities and they cherished every moment we get along.

In addition, the chanting of little monks, the performances of local children and the teaching of Dharma impressed me deeply. When chanting, the voice was really loud, solemn but warm. One can also see more or less little monks dozing or playing,

But it still doesn’t affect the recitation of Buddhist scriptures, instead showed the freedom and childishness in it. The local children’s performances were put together in just a week or even a few days, but they reached a level that we could only had after more than a month of training. Rinpoche’s teachings, just a few words, could wake people’s hearts, allowing us to understand the philosophy of life implied.

And every different Buddhist story contains a different philosophy of life, reminding people of the world’s perception of the world and the principles.

Every day, every moment during this journey were different experiences and thought-provoking stories. Different worlds, different cultures and different values ​​could communicate without gaps. In fact, in the world of volunteers, we were not blindly helping people. Instead, the children also give us feelings that we could not touched in the ordinary society. The exchanges between us emphasized equality and respect.